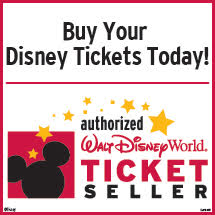 NFHS baseball rules are in effect for all games.

With the exception of double headers involving the same two teams, all games will be 7 innings.

Home team will supply all game balls as needed.

If necessary, the home team shall designate a scoreboard operator.

Each team shall have an official scorer.

If there is no operational scoreboard, each team’s official scorer shall verify the score with the opponent after each inning.

Although we cannot guarantee rain-outs will be rescheduled, every effort will be made to make up those games based on availability of fields and opponents.

In the event that days are partially rained out, rescheduling will be done at the discretion of the tournament and/or site director.

Away team batting practice: 30 minutes beginning 1 hour and 10 minutes prior to game time.

Away team infield: 12 minutes beginning 22 minutes prior to game time.

Ground Rules: 10 minutes prior to game at home plate.

Please dispose of all trash before leaving the dugout after the game.

We request that teams leave the dugout area immediately after the game so that the next team can begin pre-game preparation without delay.

Hosted and Powered by LeagueApps™